IN BETA (possible to register & play during weekends)

In Beyond The Void you Command your Mothership through an epic space war as you conquer planets and fight against your opponent’s fleet ! Choose wisely your skills and event cards during the game draft to fit your own gameplay and strategies. Build harvesters and manage your resources in real time to achieve one goal: defeat the enemy.

In Beyond the Void, players will be able to compete amongst them through the community.

Tournaments are easily streamed, and interesting to watch. Each player has his own way to win, and with the different event cards and items, the game is never the same! If the game is streamed on a large platform like Twitch or Youtube or many other famous streamers, it can draw a very large amount of players and viewers.

The Features in Beyond The Void

Traditionally, items (characters, spaceships, titles, …) that a game company sells is vendor locked. They are tied to their games, they are prisoners of their servers. You can’t resell them or give them to a friend.
Furthermore each company has its own way, its own format, its own servers to store these items.

It is the very opposite of the “true ownership” concept we promote. This concept was first popularized by the card game Spell of Genesis (EverdreamSoft).

The gamer is the real owner of his assets. He can do whatever he wants with them. He can sell, give, trade, or even destroy them.
These items are not prisoners of our server, but are on the blockchain,using a standard format. We have chosen the Ethereum which is very powerful when it comes to transaction speed, community and smart contracts. We respect the ERC20 standard, so these items can easily be traded on external exchange platforms.

Finally we can share some of them among different games, involving different companies.
The first example is with our partner everdreamsoft. We made a special asset : “Crystalibur”, in reference to “Spell of Genesis” Bitcrystal token during our presale.

Register for Beyond The Void here. 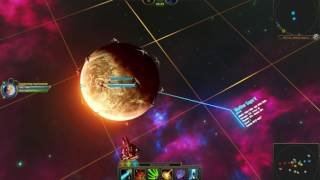 Coin Interview with Beyond the Void Beta Demo 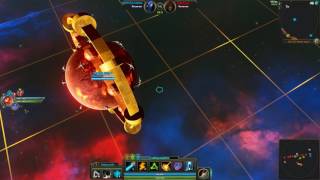 Beyond The Void Closed Beta Gameplay 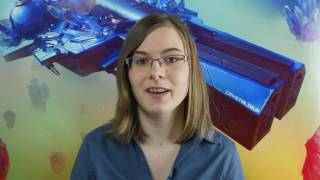 https://youtu.be/9oFZNaI07wc General Company Information: FirstBlood is a decentralized eSports platform based on smart contracts. The...

IN ALPHA/BETA ($5 for early access) https://youtu.be/lA7W8kX_c6I Hammercoin is still in very early development. Status of the game is...

https://youtu.be/js6Cnm5wzYA General Company Information: Spells of Genesis (SoG) is a mobile game that is a mix of a trading card game...

https://youtu.be/WtwM3gwLCXs General Company Information: How it works The goal of Spark Profit is to make predictions to earn points....

BUY US A COFFEE!
BTC Wallet

Scan the QR code with your mobile Bitcoin app to make the payment: